Summer started and that means beautiful sunny days. Today morning, I decided to walk in the neighborhood. It is Sunday, so the streets are empty. Here are some pictures I took during my one hour walk.

Today is the 64th anniversary for Jordan’s Independence Day from Great Britain. This small mostly arid desert area, called the Kingdom of Jordan, is not new to civilization. Numerous civilizations took part in Jordan’s history including Canaanite, Nabatean, Othman, and British. These and other different civilizations lived and built Jordan shaped its culture and ethnicity.

Some Arab students in their early 20s, who I talked to here in the U.S., were shocked to know that Jordan’s royal family came from Saudi Arabia, where King Abdullah’s great-great-grandfather was the Sharif of Mecca. They didn’t know that Circassians in Jordan lived there since late 19th century. That is before the establishment of the Kingdom of Jordan and Transjordan before that. And that half (more or less) of the Jordanian population ancestors came from different places like Palestine, Syria, Lebanon, Saudi Arabia, Armenia and Chechnya.

I say Jordan has Benjamin Button’s case because it started old, with all its glorious history, and it is getting younger, year after year not to infancy but to a more radiant and powerful youthful age. It gives me sense of appreciation, proud, and loyalty to Jordan when I see some twenty-something group of people transforming the media in Jordan. Their blogs are getting recognized at an international level and they post news swifter than the local traditional media. When I was in my 20s (i.e., during the 90s) I never knew anyone in this age group participating in any volunteer work. Now, it becomes the norm. They built websites for this purpose and even promoting this Good Samaritan through different social networks. Some of their websites are even more professional than some of our news websites.

A common question I am always asked by non-Jordanians, Arabs and non-Arabs, is “What Jordan is famous for?” Of course they are not asking about historic places which we have plenty of but they want to know what we build or make or what we export. They want to know if we are an agricultural or industrial country. If you are a Jordanian try to answer this, if you can.

Since, I don’t know how to answer this question I always have something different to say. They will not understand what it means to be one of the poorest countries in the world with water resources. I know they don’t have time to listen to me explaining a conflict that is been straining our strength for more than 60 years to find peace and just. They don’t know about the 400,000 Jordanian and Palestinian expatriates who were forced to flee Kuwait during the Iraq invasion in 1990 and later in 2003 about the 700,000 Iraqi refugees who came to Jordan dreaming to find a safe place for their families. Others may not comprehend why part of Jordan’s resources come from Jordanian expatriates and that almost each family in Jordan has a son, daughter, brother, or sister living outside Jordan.

Jordan might not be considered an industrial or agricultural country but it is a country where you can find peace. And I hope it always be the sanctuary for anyone looking for peace. With our limited resources we managed as well to make Jordan a destination for some Arabs to study in our many universities or for some others to seek medical treatment. Both of these services are something Jordan is proud of among its Arab countries.

Dear Jordan, if there is anything I hope for you is to be looked at as a place of peace and just. You maybe a peaceful place now but you still have a long way to reach just. I am not talking about obtaining just from the king or from the government; I am referring to being just in all our affairs. The misconception about just among people is that just is something granted by a higher authority. Being just or fair starts from within. We need to be just and fair to ourselves first, by not doing wrong, and then to others. We need to be fair to other drivers, to other pedestrians, even to the streets by keeping them clean. We need to stop smoking in public places and stop using our cell phones when we converse with others face to face. We need to treat fellow Jordanians, regardless of origin, the same way we expect them to treat us. We need to treat women in the most respectful way, the way of Islam not culture. Men were commanded to be just to their wives. But, the most unjust act in Jordan that we need to work very hard to get rid of is nepotism. Once we get rid of it we can say we are moving forward toward being a place of peace and just.

Jordan, I love you and I hope one day soon to be at your service.

Recently, many scandals were caught in cameras. And the number of such videos are increasing everyday. The contents of these videos varies; it could be for a couple having sexual intercourse (in some cases, without the woman’s consent), or a politician filmed having sex with a prostitute in a hotel room, or a community organization (ACRON) videotaped offering to assist two individuals posing as a pimp and a prostitute how to lie to IRS, or watching members of the Mossad attempt to murder a Hamas leader in the hotel’s cameras.

The latest of these scandals is by Sarah Ferguson, Britain’s Duchess of York, who allegedly agrees to $700,000 in exchange for fixing meetings with her ex-husband, Prince Andrew [video]. What she were thinking?

A BBC-Arabic reporter videoed a conversation between himself and a Jordanian prostitute. The video is in Arabic. I tried to write the script of this conversation and translate it. The English translation is not funny as it is in the Jordanian slang. This type of conversation and  business transaction is something new to me. [Article and video in Arabic]

The conversation itself is funny but the fact that some women sell their bodies as a way of living is disgusting. Prostitution is one of the oldest jobs on earth and it seems it will stay for many years to come. As long as their is a demand from men their will always be a supply. Supporters of of moral decay educated us via movies, newspapers articles, and novels that men like prostitutes because they do things their wives don’t do on bed or because they are embarrassed to ask the mother of their kids to do thing in a different way. As if they are trying to find an excuse for their immorality. But in reality, men who pay for sex are simply low. Not to make men the pure evil on earth, there are female prostitutes who are not forced into this business but they are in it for the love of extra money. 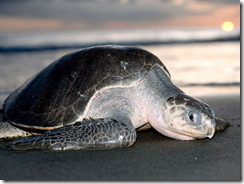 When you feel you are not moving

When you feel everyone around you passes you very fast

When you feel the finish line is impossible to reach

When you feel there is a heavy weight on your shoulder

When you feel sad all the time

When you feel lonely

This is one of the best innovative ideas in youtube; 185 voices from 12 countries sing in a choir.

One time during a communication class I was in our instructor started speaking slowly and extended her vowels more than usual. She then said this is how I speak in my home town, Texas. Her Texan accent was very sexy, I liked it a lot. It was way better than her adopted new Midwest accent that I am used to. Her Texan accent was different and we humans always like what we don’t have or what is unusual.  I consider British English a heavenly-like accent but I don’t think British feel about their accent the same as non-British.

This blog won the Honourable Mention Award for best expat blog in USA!